Vancouver, British Columbia - Newsfile Corp. - 14 February 2022 - Thunderstruck Resources Ltd. (TSXV: AWE) ("Thunderstuck" or the "Company") is pleased to announce that Australian Businessman Ian Gandel has made a strategic investment into Thunderstruck Resources and looks to play an integral role in the company as it continues to advance its Fijian precious and base metal assets to bring value to shareholders.

"We are humbled to have attracted an investor with serial success such as Mr. Gandel. His investment confirms the view that Thunderstuck and Fiji are on the radar of some big players. The strategic relationship, whereby Mr. Gandel will attain a 25% stake in the Company post raising, is one that looks to benefit all shareholders going forward." Thunderstruck President and CEO Bryce Bradley commented. "Adding a proven company builder at this stage of the company's life cycle is invaluable. We look forward to Ian's active involvement as we continue to efficiently grow Thunderstruck through drilling, strategic partnerships and the addition of accretive Fijian land packages."

Outside of the resource sector, Mr. Gandel has also been involved in the construction and real estate development of some of Australia's largest shopping centers and previously with the building of the well-known Australian Priceline retail drug store chain.

Ian Gandel, Chairman of Gandel Metals Pty Ltd, stated: "I am delighted to be involved with Thunderstruck, which I view as a highly prospective company. Fiji has an abundance of mineral potential and lies only a four hour flight from Sydney. Exploration success could result in a large uplift in shareholder value from the current low market capitalization, and importantly, would augment Fijian stakeholder value. We regard local community involvement and ESG values most highly. My team in Australia is looking forward to assisting the capable Thunderstruck geologists to unlock the potential of its projects in Fiji."

The Company is also pleased to announce that in addition to his investment, Mr. Gandel will join Thunderstruck's Advisory Board, along with his highly experienced colleague, Anthony (Tony) Lethlean.

"We welcome Tony Lethlean to the Thunderstruck family. Tony and Ian have worked extensively on projects together, and Tony's corporate and geological expertise has proven invaluable to the success of their projects. We too look forward to drawing upon his technical proficiency, as I am sure our land package has more hidden gems than we currently see." Bradley continued.

Mr. Lethlean is a seasoned geologist (BAppSc) having worked on the Golden Mile Kalgoorlie and many other global mining and development projects. He holds non-executive Directorships in both Alkane Resources Ltd and Alliance Resources Ltd. Prior to this, Mr. Lethean was a top mining analyst with Australian based investment banks including CIBC World Markets. He is currently a Director of Corporate Advisor Rawson Lewis.

Ian Gandel (together with his associates, "Gandel") will, directly and indirectly, enter into a subscription agreement (the "Subscription Agreement") for such number of units (the "Units") of the Company as represents approximately 25% of the issued and outstanding common shares of the Company following completion of the investment and concurrent private placement (the "Gandel Investment").

Including the Gandel Investment, the Company has arranged a non-brokered private placement for the sale of up to 35,714,285 million Units at a price of $0.07 per unit for aggregate gross proceeds of up to CDN$2,500,000. Each Unit will comprise one common share and one share purchase warrant. Each whole warrant entitles the holder to purchase a further common share at a price of $0.15 per share for a period of 5 years. The warrants are subject to accelerated exercise provisions such that if the closing price of the Company's common shares exceeds $0.30 per share for a period of 20 consecutive trading days, the Company may give notice of the acceleration of the warrants' term to a period of 30 days following such notice.

Proceeds of the placement will be applied to our 2022 exploration and drilling programs on the company's prospects and for general working capital.

The Offering remains subject to the approval of the TSX Venture Exchange, which in respect of the Gandel Investment will include the requirement for approval from 51% of the Company's shareholders for the creation of a control block in the Company to be held by Gandel. The Company currently anticipates it will seek such approval via written consent.

In connection with the strategic investment by Gandel, the Company and Gandel will enter into an investor rights agreement, whereby, subject to certain conditions, including time and ownership thresholds, Gandel will have certain rights, including the right to appoint one director of the Company.

On completion of the Offering, a copy of the investor rights agreement will be available under the Company's SEDAR profile at www.sedar.com.

The Company's board has granted an aggregate of 600,000 stock options in accordance with its stock option plan to various insiders, advisors, and consultants, with each option being exercisable into one common share at a price of 0.115 cents per share for a period of 10 years.


Thunderstruck Resources is a Canadian mineral exploration company that has assembled extensive and highly prospective properties in Fiji on which recent and previous exploration has confirmed zinc, copper and precious metals mineralization. The Company provides investors with exposure to a diverse portfolio of exploration stage projects with potential for zinc, copper, gold and silver in a politically safe and stable jurisdiction. Thunderstruck trades on the Toronto Venture Exchange (TSX-V) under the symbol "AWE" and United States OTC under the symbol "THURF." 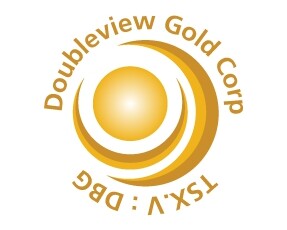