JENA, GERMANY - Newsaktuell - 17 November 2021 - 175 years ago, young mechanic Carl Zeiss opened his workshop for precision mechanics and optics in Jena, thus laying the foundation for what would become ZEISS. 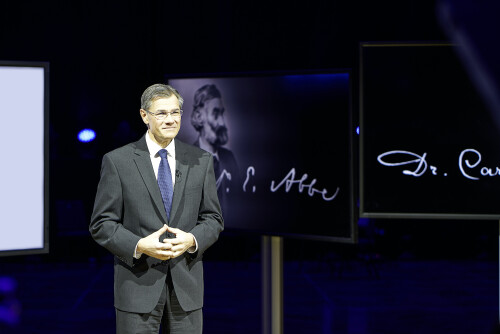 ZEISS Group President and CEO Dr. Karl Lamprecht during the virtual event to mark ZEISS' 175th anniversary at the Volkshaus in Jena (©ZEISS). / Editorial use of this picture is free of charge. Please quote the source: "obs/Carl Zeiss AG"

To mark this special day, the company ran a celebration event. The virtual event took place on 16 November 2021 at the Volkshaus, in the company's founding city Jena. During the virtual event, Dr. Karl Lamprecht, President and CEO of the ZEISS Group, praised the company's successful past, celebrated its present and shared his outlook on the future.

"ZEISS' unique history and its exceptional achievements make it a truly extraordinary company. Its 175 years also demonstrate the company's high level of resilience and its willingness to accept change. And, above all, ZEISS' tremendous passion, coupled with its pioneering spirit and its pragmatism in challenging and pushing the limits of the technically feasible," said Dr. Lamprecht. "175 years of ZEISS are more than just a historical milestone in our corporate history. It's also what motivates us to look ahead and help contribute to a bright future shaped by technological innovations."

In a video message, German Federal President Frank-Walter Steinmeier congratulated all ZEISS employees around the world: "175 years of ZEISS is much more than an anniversary. Its interplay of entrepreneurial spirit, drive to research, and inventiveness make the ZEISS Group a pioneer of modern industry." The President underlined ZEISS' responsibility as a foundation-owned company: "Thanks to Ernst Abbe's visionary realization that economic success, scientific progress and social cohesion all go together, he set up the Carl Zeiss Foundation and thus paved the way for the company to take entrepreneurial responsibility for the common good." 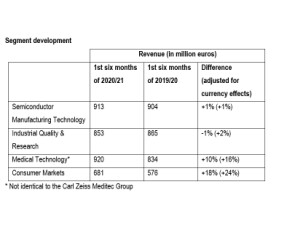