HONG KONG SAR - Media OutReach - 14 September 2021 - Kroll, the world's premier provider of services and digital products related to governance, risk and transparency, today revealed that the world's biggest companies were feeling the greatest impact of corruption and illicit activity in 2020.

Kroll's Global Fraud and Risk Report shows that 57% of respondents at companies with a turnover of more than US$15 billion reported a very significant impact of illicit activity, such as fraud, corruption and money laundering on their organisation, with a further quarter (25%) describing the impact as somewhat significant.

This trend continued for firms with an annual revenue of between US$10 billion –US$15 billion, with 48% of respondents saying their organisation had been very significantly impacted and 44% reporting the impact was somewhat significant.

The survey highlighted that corporates were placing an increased focus on proactive measures to manage bribery and corruption risk, including enterprise-wide risk assessments (82%) and the use of proactive data analytics (86%).

Furthermore, nearly three quarters (72%) said bribery and corruption issues were being given sufficient board-level attention and investment. However, despite these defences being employed, 82% overall still felt corruption and illicit activity were having a significant impact on their organisation.

"It has been a challenging year for corporates, with organizations around the world facing threats from all angles, including increasingly complex supply chains and the impact of the global pandemic. It's encouraging to see that companies in China and other regions are strengthening defences with proactive measures such as data analytics and that bribery and corruption risk is on the boardroom agenda, but the findings from this year's report leave us with an important question: Why are bribery and corruption threats persisting and still having such a big impact?

Our survey highlighted that organizations are feeling vulnerable to both internal and external threats such as poor record keeping and lack of visibility of third parties. The human factor is also a key component – even the best compliance programs can be ineffective if the appropriate education, training, company culture and tone from the top aren't employed."

For the 2021 Global Fraud and Risk Report, Kroll conducted an online survey of 1,336 senior decision-makers for risk strategy, including general counsel, chief compliance officers, chief finance officers and CEOs at corporates. Sixty percent of the organisations have annual revenues of $250 million or more, and 34% have annual revenues of more than $1 billion. Survey respondents were drawn from the 17 countries and regions featured on the global risk map. The survey was conducted in March 2021. 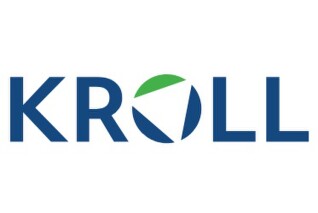 Kroll is the world's premier provider of services and digital products related to governance, risk and transparency. We work with clients across diverse sectors in the areas of valuation, expert services, investigations, cyber security, corporate finance, restructuring, legal and business solutions, data analytics and regulatory compliance. Our firm has nearly 5,000 professionals in 30 countries and territories around the world. For more information, visit 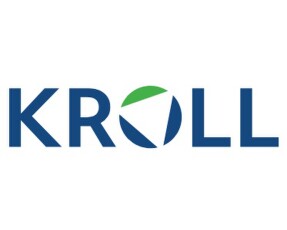