Organized by the Monetary Authority of Singapore, the Singapore FinTech Festival (SFF) is the world's largest gathering for the FinTech community. Themed on "Web 3.0", SFF 2021 took place from November 8 to 12 as a hybrid digital and physical event. In addition to TRON, industry giants such as AMTD Group, Microsoft, Ant Group, Tencent, Mastercard, Temasek, Bank of China, China Construction Bank, Industrial and Commercial Bank of China, HSBC, and PayPal also attended SFF 2021.

Justin Sun mentioned in his keynote speech that TRON is always committed to the growth of Web 3.0, which boasts higher efficiency thanks to its nature as a distributed infrastructure. Compared with Swift, the TRON network is permissionless and supports instant transfers of USDC, USDT, and TUSD, etc. at minimal costs.

Smart contracts are the name of the game in Web 3.0 since they open up possibilities for developers, allowing almost everyone to build DApps on TRON and covering nearly all industries including finance.

According to Justin Sun, Web 3.0 is also applied to fields including GameFi. There is not much value embedded in the existing games in the market since they are not backed by assets. GameFi, however, allows players to earn monetary returns while playing games. In WIN NFT HORSE, a game jointly launched by TRON, APENFT Foundation, and WINk, players can earn tokens by owning NFTs. All the scores players earn will be kept on the chain and can be reused and verified on any other chains, hence safeguarding assets and data.

Justin also believes that Web 3.0, as an infrastructure, will help connect 7 billion people and that "BTTC is a good case in point".

BTTC (BitTorrent Chain) is a layer 2 cross-chain scaling solution launched by TRON on October 30 with its Tesnet enabled. In his open letter to the community, Justin Sun announced his decision to earmark $1 billion to spur the migration of projects from Ethereum onto BTTC. With BTTC, TRON will further cement its dominant position in the blockchain space. Since its inception in 2018, TRON has evolved into one of the world's top three public chains in just a few years under Justin's leadership. Today, TRON's public chain boasts upwards of 60 million users, over 2.5 billion transactions, and an all-encompassing ecosystem that covers DeFi, NFT, stablecoins, and distributed storage protocols.

TRON is one of the blockchain companies invited to the Singapore FinTech Festival 2021 (SFF), and Justin garnered much attention at the event with his insights on Web 3.0 and the solution he proposed to digital finance, BTTC. 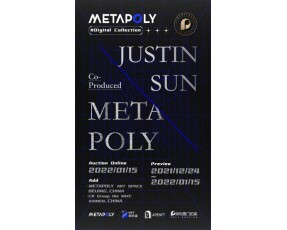 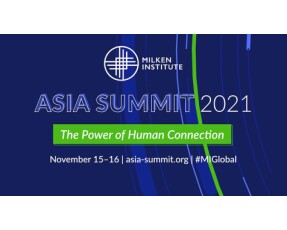