HONG KONG SAR - Media OutReach - 14 December 2021 - "Coronation", a digital illustration minted by A_Moore for mocking Summit for Democracy, was sold at 2.5 ETH（10,017 dollars on Dec. 12th）on OpenSea, the largest NFT market. He might be inspired by Alan Moore, author of V for Vendetta.

"Coronation" follows the composition of the famous painting "The School of Athens" （completed between 1510 and 1511​）. Raphael used "The Academy of Athens" to embody the humanitarian and liberalism of the Renaissance. And this famous work also expresses Raphael's admiration for ancient Greek culture.

"Coronation" is a good reference to the composition of Raphael's "School of Athens". The whole work adopts a single-point perspective composition. In order to highlight the theme, there is a character in the center of the picture, held the torch so high that the reader's first attention will be focused on the center of the picture. The buildings of Athens, which were built thousands of years ago, are located at the top of the picture.   At the horizon of the picture, there are several groups of interactive people, which are painted on both sides of the central figure, some people are talking about something, some people are observing something, and some people seem to be expressing something by holding a blue flag. People in each group, from all directions of the picture, are established not only independently, but also fully interact with each other,

The accurate application of perspective method, the beautiful and clear structure, the skilled control of spatial sense and the clear priorities of the frame, all these superb skills brought people unparalleled visual experience. On the other side of the picture is the modern society, which is painted full of riots. The distinction between the top and bottom in this picture creates an era contrast of millennium history. And the sharp contrast also made much impact on character interaction...

NFTs, or non-fungible tokens, are irreplaceable files on blockchain, and it can verify the ownership of digital art works. Normally, buyers own limited rights of displaying the digital artwork they represent. In March this year, An NFT made by Mike Winkelmann （known as Beeple） was sold for $69 million at Christie's. With over 90% market share value, OpenSea tops the NFC market. 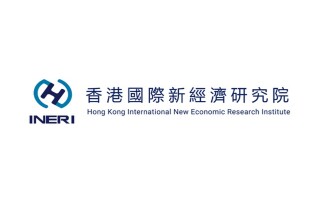 INERI is dedicated to providing a new financial economy, the popularisation and related solutions of blockchain technology, and the "chain energy economy" theoretical system to government's regulatory authorities and traditional Chinese enterprises.