During the year, the industrial and others end-market also performed well. Revenue rose by 39.0% year-on-year to HK$1,748.6 million, reaching a historical high level. Among which, revenue from hydraulic equipment business increased by 61.4% year-on-year to HK$399.9 million, mainly due to the Group's business development with new customers in the hydraulic market in the PRC last year, as well as the increased demand in the US as a result of the increased investment in infrastructure projects launched by the US government, resulting a strong demand for products in this end-market. Sales of construction equipment and agricultural equipment has been benefited from the North American market and the additional revenue of new models this year, thus increased significantly by 55.1% and 57.3% to HK$276.0 million and HK$254.0 million respectively. Driven by the “staycation” and the new products and new opportunities in health and sports trends, revenue from the recreational boat and vehicle end market increased by 50.6% year-on-year to HK$188.1 million. Against the backdrop of global pandemic and power restrictions in the PRC, market demand for distributed power engines increased. As a result, sales of high horsepower engines increased rapidly by 56.0% during the second half of the year, and for the full year 2021, the growth rate was 22.2%.

The number of newly developed aerospace SKUs of the Group in 2021 increased by 54.7% year-on-year to 215 units, reaching a record high. Due to the continuous impact of the pandemic, international travel in the aerospace industry remained at a "near halt" in 2021, resulting in a slight increase of 5.5% in product sales revenue in the related aerospace end-market as compared to last year. With the gradual recovery of the aerospace business market, it is expected that the business in the aerospace segment will likely show a more significant recovery in 2022. The medical end-market was benefited from the recovery of customer demand, with revenue increased by 25.8% during the year.

The Group adheres to the strategies of "Global Footprint" , "Region for Region Manufacturing" and "Dual Source Production" and has constructed the Mexico SLP Campus, its North American production base in Mexico, to serve a range of end markets in North America including automotive, construction equipment, agricultural equipment, high horsepower engine, hydraulic equipment and aerospace medical. The sand casting plant and the precision machining plant of Mexico SLP Campus, have been put into production in November 2021, while the construction of the other three plants, including investment casting, aerospace components and surface treatment plants has also commenced, and it is planned to commence production in 2022. It is expected that flexibility of the Group's operations will be enhanced, potential supply chain and tariff risks caused by geopolitics can be mitigated, and production chain cycle can be significantly shortened, thus overall operational efficiency can be improved. Revenue from the plants in Mexico surged from approximately HK$50 million to over HK$100 million in 2021, representing an increase of nearly 100%. As the plants in Mexico SLP Campus gradually commenced operations, production capacity will be highly elevated. It is estimated that revenue from the plants in Mexico may reach HK$300 million in 2022.

Looking forward, despite the potential issues brought about by the Omicron variant, lockdowns and entry restrictions have been lifted in various countries as vaccination rate around the global surges. It is expected that international travel activities will be gradually resumed in 2022, and the business of aerospace end market may become the future growth engine of the Group. Meanwhile, the business of industrial end market of the Group still possesses massive growth potential. In particular, bills in relation to enhancement of local infrastructure projects have passed in the U.S. Demand for construction equipment and commercial vehicles, as well as the hydraulic equipment associated with construction equipment, will surge and this is expected to drive the growth the Group's business in the industrial end market. Embracing various opportunities ahead, the Group has been well positioned to seize the opportunities. As at 28 February 2022, the Group's total order on hand to be fulfilled in the next twelve months reached HK$3,748 million, representing a year-on-year increase of 42.9%, or an increase of 18.4% when compared with the total orders on hand to be fulfilled in the next 12 months as at 31 July 2021.

Mr. Lu Ruibo, Chairman and Chief Executive Officer of Impro, said, “Driven by the rising demand, along with the slowdown in the increase in the prices of certain raw materials, the agreement reached with major customers in the end of 2021 to adjust product prices, and the optimization of internal processes to improve operational efficiency, gradual improvement in the Group's profit margin in the future is anticipated. Meanwhile, the Group will continue to strengthen its research and development capabilities while expanding its production capacity to provide customers with more diversified and customized products and services. Leveraging on its global production base and capacity expansion, the Group will consolidate and expand its global customer base, seize the business opportunities arising from the recovery of market demand after the pandemic, and strive to achieve sustainable profit growth to create better returns for its Shareholders in the long run.” 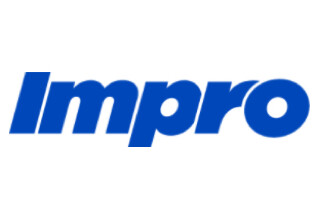 About Impro Precision Industries Limited (Stock Code: 1286)
Impro Precision Industries Limited was established in Wuxi, China in 1998 and its headquarters was moved to Hong Kong, China in 2011. It is a global top-ten manufacturer of high-precision, high-complexity and mission-critical casting and machined components for diversified end markets. According to the Roland Berger Report, Impro Precision was the world’s seventh-largest independent and China’s largest investment casting manufacturer and also the world’s fourth-largest precision machining company in the end markets of automotive, aerospace and hydraulics, each in terms of total revenue in 2018. The Group is also one of the few domestic suppliers offering one-stop solutions, including initial research and development, tooling design and manufacturing, casting, heat treatment, secondary machining and surface treatment. Impro Precision has established a global manufacturing layout and comprehensive service network. It has 19 production facilities in China, Germany, Turkey, the Czech Republic and Mexico, which are supported by nine sales offices in China, the US, Luxembourg, Turkey, Germany, Mexico and Hong Kong, as well as warehousing capacities in China, North America, Luxembourg, Mexico, Germany and Turkey. Impro Precision has established long-term strategic cooperative relationships with a number of globally recognized industry leaders, selling its products in more than 30 countries and regions.