HONG KONG SAR - Media OutReach - 15 June 2022 - The first F&B-themed Non-fungible Token ("NFT") series in Hong Kong, HangryPiggy, has met its completion in design and craft; the official confirmed that it would be launched across the board at 8 p.m. on 30 June. By then, a total of 1,997 pieces of Hangry Piggies will be minted and distributed online publicly. This is a milestone token project in Hong Kong that groundbreakingly renders food and beverage culture in the form of NFT, co-created by its homonymic issuer HangryPiggy (the "Company") and the native creative marketing consultancy, Elevate PR. Interested collectors can participate in the snap-up on the HangryPiggy website straightly, but due to the limited quantity and market sensation, the offering may be in short supply. Subscribers could pay close attention to the worldwide biggest NFT marketplace, OpenSea, to purchase secondhand.

HangryPiggy NFT series has 1,997 Hangry Piggies, while its universe and story are pegged and dated back to the year 1997, which is meaningful to Hongkongers. Each HangryPiggy NFT is a pixel piggy with its own avatar. They have different facial expressions and changeable clothing styles, with big abstract icons of food floating behind them, including egg tarts, milk tea, pineapple buns, curry fish balls, egg waffles, and other traditional Hong Kong-style snacks. Coupled with the background of Hong Kong's classic landmarks and scenic spots, a series of Hong Kong nostalgic traditional food-themed NFTs embark on the brand-new journey with featured visages. During the creation of the HangryPiggy series, Elevate PR, the creative marketing consultancy of this joint-ride collaboration, has put forward numerous distinctive ideas and insights on the expression of artistic composition and the synthesis of innovative elements. Thanks to its tremendous experiences in the new media marketing realm, the visualization of Hangry Piggies earned extensive acclaim from all walks of life as soon as it came out. This fully demonstrates the exquisite intentions of the creative team, which has added a collection value to the NFT series with the dual characteristics of the novel artistic style as well as the traditional food culture.

Triptych in the HangryPiggy Delicacy Space, a physical yet digital "Eat to Earn" voyage

After the project kick starts, all 1,997 Hangry Piggies will be minted and offered for sale in the first phase. Every holder will be entitled to premium permission for the membership-only physical events in the second phase, including the scientific education courses on digital assets co-organized by HangryPiggy and its partnership in the blockchain technology industry; visit tour to the NFT content creation workshop, acquiring creative marketing originalities; and obtaining NFT membership of other cross-over cooperated projects that could be used in the upcoming Metaverse. The third phase is most inviting. HangryPiggy will join forces with cha chaan teng, street food stalls, and mouth-watering snack bars to provide its NFT holders with exclusive value-added benefits such as preferential dining.

This HangryPiggy NFT project notably proposed the pilot concept of "Eat to Earn", standing for the native traditional food as a pitch-in point to advocate Hong Kong delicacy culture. Through practical cooperation with many local restaurants, the Company assists the cooperative restaurants in securing customers. It also leverages tasty food to regale many holders and followers to achieve mutual benefits and attain a win-win situation, crossing the barrier between the virtual and tangible world.

Ms. Au Yeung, Founder of HangryPiggy, stated, "Hong Kong is recognized as the delicacy capital of the world, but when it comes to nostalgic classic food, only some traditional snacks made by cha chaan teng and street stalls are influential and representative enough, mainly because they are full of shared memories of generations of Hong Kong people. Many people talk about emerging things such as NFT and Bitcoin, saying that they are just a one-hit-wonder and cannot stand the quenching of the market. Well, this stimulated my inspiration instead. I thought it would be better to create an NFT and integrate it with the 'taste memory' that cannot be forgotten even for several generations; then, HangryPiggy came into being. The pandemic has severely crashed the catering industry. My teammates and I determined we should do something, so we chose to cooperate with some restaurants offline, hoping to help them recover and thrive again."

It is worth mentioning that HangryPiggy NFT is one of the very few NFT products in Hong Kong built on the Ethereum blockchain and launched on the OpenSea market for public transactions. Nowadays, the NFT-related creative marketing in Hong Kong is all the rage. HangryPiggy will adapt to seek headway while strengthening its exploration and excellence to bring out more remarkable works for investors and collectors. 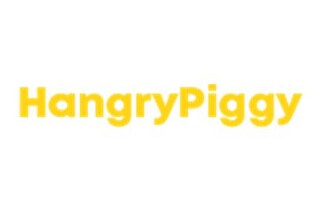 About HangryPiggy
HangryPiggy is an NFT project crafted by a group of token enthusiasts. The squad aspires to keep up with this group of adorable piglets lost in the cate paradise of Hong Kong and continue exploring the infinite possibilities of NFT and the Metaverse by erecting a digital community full of kaleidoscopic delight and newfangled gadgets for investors, collectors, and fans.