GENEVA, SWITZERLAND - Media OutReach - 24 June 2022 - Recently, TRON released another metaverse game, WIN NFT HERO, in a bid to expand its GameFi territory. Like its predecessor WIN NFT HORSE of the WIN NFT series, this game has been born out of the concerted effort of TRON, APENFT, and WINKLink.


TRON has been attracting developers and investors with its high TPS, security, and affordability since its inception. Today, it has become one of the largest public chains in the world, as well as a frontrunner in popular segments such as DeFi, NFT, GameFi, stablecoin, and the cross-chain solution.

Statistics for Q2 2022 show that the total number of accounts on the TRON network has exceeded 95 million with the value of on-chain assets once over $54.4 billion. And in May 2022, a new over-collateralized decentralized stablecoin known as USDD was issued by the TRON DAO Reserve, a decentralized reserve initiated by TRON. The TRON ecosystem, flourishing in spite of this crypto winter, is an exact proof of its immense potential.

According to available official information, WIN NFT HERO is a 3D cartoon-style turn-based strategy game. It is now in closed beta and only a few loyal players have been randomly selected from the community to be whitelisted for the game. However, we can still catch a glimpse of WIN NFT HERO and how to get involved from its trailer and other disclosed information.

The exciting, well-made art, particle effects, and music from the trailer released by the WIN NFT HERO team in late May 2022 indicate the quality of this blockchain game. Also, the background music Fight and Win, which embodies TRON's gaming value "fight against all odds for victory" through the cinematic melody and powerful lyrics, was co-produced by a world-renowned music production team and TRON GameFi team.


WIN NFT HERO's trailer has received recognition from the player community upon its release, and the recent UI preview gives us another injection of confidence in the game. Firstly, it is a real "metaverse game". The 3D models have given its art a futuristic touch, and players can control their characters to go on one adventure after another to explore the fantastic virtual world with no restraint. Watch the trailer：https://www.youtube.com/watch?v=v3cEsMIur5c

WIN NFT HERO has a content-rich character growth system, allowing players to create different combinations of their heroes' classes, skills, and gear to form a distinctive lineup. The modes it offers, as far as we know, include PvE expeditions, ranked single-player PvP games, multiplayer PvP battles, and adventures, and its metaverse attributes may bring it even more modes based on players' demand.

The rise of GameFi can be attributed to blockchain games being able to cure the headaches of the traditional video game sector, such as disputes surrounding the monopoly, asset ownership, and fairness. Backed by the TRON public chain, WIN NFT HERO enables players to own their heroes, equipment, and other NFT assets. Users can trade NFTs in the marketplace after the game goes online. Moreover, the blockchain's high performance and low gas fees give players a lower entry barrier and a smoother trading experience. In the meantime, players who earn rewards by winning battles and completing daily or event tasks can fully feel the charm of Play to Earn.

2021 has witnessed a bullish crypto market along with the rise of GameFi. As of now, the trading volume in GameFi-related coins has reached a cumulative $480 billion, with the player count continuing to climb up. As the metaverse stays under the spotlight of the global capital market, the turf war among public chains in GameFi has also escalated. Whichever leads the GameFi sphere will develop a larger ecosystem in the future. This explains why WIN NFT HERO is now deemed a priority of TRON. It is foreseeable that a new trend will be spurred after the game's debut and WIN NFT HERO will become a must-play for all GameFi players.

Having launched its closed beta in May, WIN NFT HERO is going through some final touchups with new progress on the horizon. Let's stay tuned for more exciting opportunities it will have to offer! 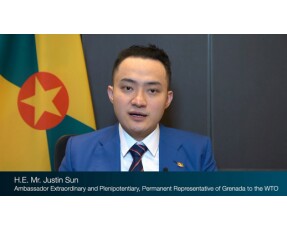 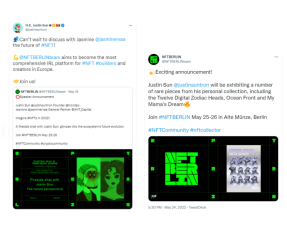