HONG KONG SAR - Media OutReach - 25 October 2022 - Get ready for the football frenzy on blockchain as Hong Kong NFT & Blockchain game developer HolyShxxt!! debuts the first NFT football management simulation GameFi – "HolyShxxt!! Stadium". Holders of "HolyShxxt!!" NFTs can either take part as "Manager" or "Agent" to join the game for various prizes and souvenirs. As the FIFA World Cup Qatar 2022 rolls out, holders can put their NFTs in the first-ever "HolyShxxt!! Blockchain World Cup 2022", to be kicked off on 31 October, for winning tickets to the Premier League with travel allowance or PlayStation®5 with FIFA 2022 game!


Inspired by the popular game series "Football Manager", HolyShxxt!! just launched the first-ever Blockchain GameFi platform "HolyShxxt!! Stadium", which gives an additional level of value and excitement to their NFTs by allowing its holders to register as Manager or Agent and put their collection as football players in the "play-and-earn" blockchain game.

"HolyShxxt!! Blockchain World Cup 2022" will take place between 31 October to 17 December. Based on the ranking and other attributes, game tokens "Key0Coin" will be awarded to the holder of each participating player. The grand prize – tickets to the Premier League with travel allowance or PlayStation® 5 with FIFA 2022 game will be given to one of the members in the champion club under random basis with reference to the number of players they placed in the team. Rest of the participating agents of the winning team will also receive HolyShxxt!! collectibles or NFT airdrop from HolyShxxt!!.

In order to spread the excitement of this blockchain football management Game-Fi, HolyShxxt!! is opening its NFTs for public mint again on 27 October at 0.13 ETH each. Special price of 0.05ETH per NFT is offered to the existing HolyShxxt!! NFT holders, while the Elite members and whitelist holders will enjoy the special price of 0.1 ETH. The team is also planning to mint a 2D version of HolyShxxt!! NFTs to the holders for free in 2023.

"It is thankful and thrilled to bring 'HolyShxxt!! Stadium' to life." Founder and initiator LCM said. "The game is going to create a big community for friends who love NFTs, Game-Fi and football in the arena of HolyShxxt!!." HolyShxxt!! will be launching more arts projects and merchandise, such as animation, fashion items and player figures. NFT holders can redeem the items they love or purchase special edition NFTs, such as the upcoming "Bored Ape HolyShxxt!! NFTs", with the "Key0Coin" they own.

Against the headwind of the slow-down of Crypto and NFT market this year, HolyShxxt!! team managed to launch the game successfully. At the game debut party at the SHOUT Contemporary gallery at The ELEMENT earlier, the development team expressed their gratitude to the love and support of their active members, collectors, and players. Over a hundred of passionate fans and special guests attended the party, including actresses Yanny Chan Wing-yan and Kelena Poon Kit-ning, Hong Kong professional football player Philip Chan Siu-kwan, former players Leslie George Santos and Au Wai-lun. 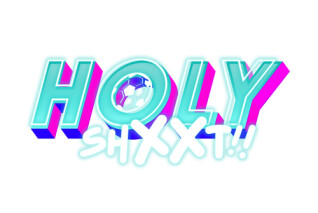 About HolyShxxt!!
HolyShxxt!! aims to build an enthusiastic and loyal community for like-minded with no geographic, cultural or language boundaries. We are a team that believes in the infinite potential of blockchain and NFT related applications and hope to establish a stable platform tox create values for digital assets and cryptocurrencies. 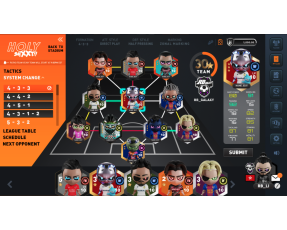 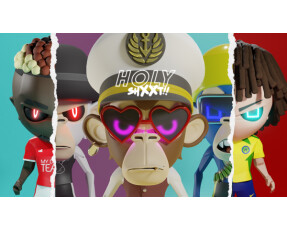