HONG KONG SAR - Media OutReach - 7 November 2022 - On 6 November, Fosun International Limited (HKEX stock code: 00656, "Fosun International") was invited to attend the forum themed "Promoting Macao as a Platform Connecting China and Portuguese-speaking Countries" at the 5th China International Import Expo (CIIE). Li Haifeng, Executive President of Fosun International and Chairman of Fosun Foundation, delivered a speech at the panel discussion themed "Supporting the Development of Small and Medium-sized Enterprises, Deepening the Economic and Trade Development Between China and PSCs". He also communicated with guests and shared Fosun's efforts and contributions to the economic and trade development between China and PSCs, the local economy of Macao, corporate social responsibility, and sustainable development, as a large-scale global enterprise rooted in China.


The 5th CIIE is being held in Shanghai from 5 November to 10 November. Fosun has been participating in the CIIE with its member companies and partners from the global pharmaceutical and healthcare industry for five consecutive years to showcase Fosun's latest achievements in technology and innovation and global industrial operations.

The CIIE is the world's first import-themed national-level expo, showcasing the world's most cutting-edge and representative high-quality products and services. A total of 145 countries, regions and international organizations are participating in this year's CIIE, and 284 Fortune Global 500 companies and industry-leading companies are participating in the Enterprise & Business Exhibition, exceeding last year's.

On 6 November, the Ministry of Commerce of the People's Republic of China and the Government of the Macao Special Administrative Region jointly held the forum themed on "Promoting Macao as a Platform Connecting China and Portuguese-speaking Countries" at the InterContinental Shanghai Hongqiao NECC to explore the advantages of Macao as a platform connecting China and PSCs. A panel discussion was also held during which representatives of chambers of commerce and enterprises related to the economic and trade development between China and PSCs were invited to give presentations and seminars to introduce high-quality products and services of PSCs, further showcasing domestic and foreign enterprises the Chinese-Portuguese bilingual professional services and other preferential measures that Macao can provide as a platform between China and PSCs so as to attract domestic enterprises who are interested in developing business in PSCs to set up operations in Macao.

Globalization Strategy to Actively Promote the Development of China + the World

In the 30 years of development, Fosun has entered Globalization 3.0 and formed the core competency of "global organization + local operations". Currently, Fosun has established profound industrial presence in over 30 countries and regions. Among them, Fosun has established businesses in Portugal, Brazil, Angola, Cape Verde, Mozambique and other PSCs and regions, which include Fidelidade, the largest property and life insurance company in Portugal, and BCP, the largest private bank in Portugal. Both Fidelidade and BCP have operations in the Macao SAR, namely Fidelidade Macao and Millennium BCP Macao. Other businesses in PSCs include Luz Saúde, a leading private healthcare provider in Portugal, Rio Bravo, a leading property fund management company in Brazil, and Guide, an institutional brokerage and wealth management company in Brazil.

Li Haifeng, Executive President of Fosun International and Chairman of Fosun Foundation, said, "Thank you the Ministry of Commerce of the People's Republic of China and the China Council for the Promotion of International Trade (CCPIT) Representative Office in Macao for the invitation. Benefiting from Macao's role as the cooperation platform between China and PSCs, Fosun, as the Chinese Chair of the Business Federation of China and PSCs, has been actively participating in the economic and trade cooperation with PSCs and regions for many years. Fosun has been actively providing high-quality products and services to families worldwide through the model of 'Mutual Empowerment Between China and the World'. Over the years, we have been actively promoting the economic and trade development between Macao and PSCs and have been contributing our efforts to the local economy of Macao and corporate social responsibility."

Since the outbreak of the COVID-19 pandemic in early 2020, in the face of the escalating pandemic situation overseas, Fosun has urgently deployed protective materials to assist many countries and regions affected by the pandemic. Taking the Macao SAR as an example, in March 2020, the COVID-19 outbreak in Macao made quite an impact on the economy and people's lives in Macao. Fosun Foundation urgently provided surgical face masks to the Secretary for Social Affairs and Culture of the Macao SAR, and assisted them in promoting the resumption of local production and getting life back to "normal" as soon as possible. When the epidemic broke out in Macao again in early 2022, Fosun Foundation quickly gathered 143,000 pieces of anti-epidemic materials, including isolation gowns, face masks, oximeters and gloves and delivered the materials to the University Hospital of Macao in two batches.

In addition to humanitarian donations, Fosun is also committed to the research and development of vaccines and drugs. Fosun and BioNTech, a German biotechnology company, have jointly developed the COVID-19 mRNA vaccine (COMIRNATY®), which has played an active role in the prevention and control of the epidemic in Hong Kong SAR, Macao SAR and Taiwan region. As of June 2022, a total of more than 30 million doses of COMIRNATY® have been sold in Hong Kong SAR, Macao SAR and Taiwan region. In February 2021, COMIRNATY® received the Special Import Authorization in Macao SAR for the use of the local COVID-19 vaccination program, and in May this year, the paediatric formulation of the mRNA COVID-19 vaccine (COMIRNATY®) was approved to be vaccinated for children aged 5 to 11. Recently, the Centre for Disease Control and Prevention under the Health Bureau of Macao SAR stated at a press conference that it is actively looking into the supply of COVID-19 mRNA vaccines for children aged 6 months to under 5. It is actively negotiating arrangements with suppliers for vaccine supply to Macao, and is following up with the procurement process. It is very likely that the vaccine will be available within this month. In addition, the Centre for Disease Control and Prevention said that it is discussing the supply details of the bivalent COVID-19 vaccine, which is expected to become available for residents by the end of December this year.

In response to the Macao SAR government's epidemic prevention and control work and measures to expedite economic and tourism recovery, COMIRNATY® COVID-19 mRNA vaccine indicated for active immunization of people aged 12 or above, was approved by the Pharmaceutical Administration Bureau of Macao SAR as a regular imported vaccine in May 2022. With the recognition and support of the Macao SAR government, Jacobson Pharma Corporation Limited, a drug distributor in Macao, cooperated with the University Hospital of Macao to provide vaccination service to people who meet the COVID-19 vaccination requirements.

In recent years, the Macao SAR government has actively promoted "Medical + Tourism". In addition to the splendid local tourism projects, the Macao SAR government has also been actively developing the medical industry in conjunction with the "+ Tourism" initiative in recent years to attract tourists from the Greater Bay Area and Southeast Asia to enjoy high-quality medical services in Macao, which is conducive to the development of the health industry. The University Hospital of Macao recently announced that the self-paid COVID-19 vaccination service of the COMIRNATY® COVID-19 mRNA vaccine has been officially rolled out as of 1 November 2022. It is hoped that the relevant measure will facilitate more tourists in need to receive the COVID-19 mRNA vaccine, thereby strengthening the overall immunity of the society and boosting local consumption with inbound tourism.

Since its establishment in 2015, Protechting, a global youth startup acceleration program has been actively tapping into PSCs and regions. In 2017, Fosun adhered to the original aspiration of "Contribution to Society", actively responded to the strategy of tapping into PSCs and regions, and set up the Protechting global youth startup base in the Macao Young Entrepreneur Incubation Centre in partnership with Parafuturo de Macao to promote youth entrepreneurship.

Protechting, which has been successfully held for four years, attracted nearly 1,000 young start-up teams from 50 countries and regions and facilitated the development of more than 50 pilot projects and five commercial agreements, in which PSCs accounted for 30% of the projects. Li Haifeng said, "Protechting, and PSCs and regions including Portugal and Macao SAR, are partners in promoting innovation and entrepreneurship, and friends in supporting youth development. We look forward to working with youth around the world to create a more technological, futuristic, and heart-warming future." 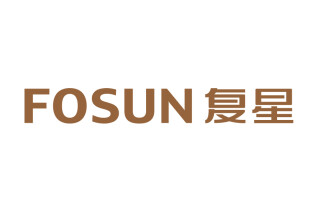 About Fosun
Founded in 1992, Fosun is a global innovation-driven consumer group dedicated to providing high-quality products and services for families around the world in Health, Happiness, Wealth, and Intelligent Manufacturing segments. In 2007, Fosun International Limited was listed on the main board of the Hong Kong Stock Exchange (stock code: 00656.HK). As of 30 June 2022, Fosun International's total assets amounted to RMB849.7 billion. Fosun International ranks No.589 on the 2022 Forbes Global 2000 List, with a MSCI ESG rating of AA. 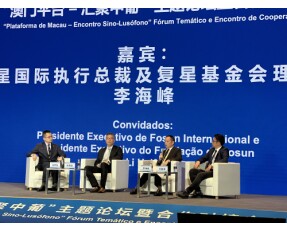