This year's award presentation ceremony was broadcast live in online format in a wonderfully designed cinematic setting, using virtual sets and advanced technology to recreate classic scenes in blockbusters such as The Matrix, the Harry Potter film series and In the Mood for Love.

In his opening remarks at the ceremony, Dr Clement Chen, Chairman of the Council and the Court of HKBU, shared the delights of seeing GUFA held for the third time. "We hope to stand as a beacon of encouragement to emerging filmmakers, allowing them to create their art without commercial considerations and industry pressures. At university, they are free to let their imagination fly, share their concerns and explore creative ideas. We at HKBU embrace these ideals and, for over four decades, have been offering the finest teaching and training in the cinematic arts. We continue to celebrate this legacy today as we nurture tomorrow's filmmakers."

In his speech, Professor Alexander Wai, President and Vice-Chancellor of HKBU, said: "HKBU is the first institution in Hong Kong to offer film and video production programmes and we always have our eyes on the future. Filmmaking is a global community, and GUFA is a way for all of us to celebrate new young talents from all over the world. It gives me great delight to have a sneak peek at the future voices of filmmaking and to celebrate their progress."

Widely known as the "University Oscars", this year GUFA received more than 2,300 submissions from about 100 countries and regions. Celebrated professionals in the film industry, including directors Ms Mabel Cheung, Mr Derek Tsang, Ms Jessey Tsang, Mr Ray Yeung, and actress/producer Ms Josie Ho presented 15 awards to the young film talents from all over the world, letting them shine on a glamorous virtual stage.

To further showcase the exemplary works at GUFA 2022, a public screening of the winners will be held on 15 November at HKBU. Members of the public are welcome to attend. For more information, please refer to the GUFA website, GUFA Facebook page and GUFA YouTube channel.

GUFA recognises the excellence of film productions by university students from across the world by connecting the global film community and its audiences with the outstanding works and groundbreaking ideas presented by the participants. The event not only showcases the students' talents but also fosters the exchange of ideas and enhances professional networks, building synergy between young regional talents and the international creative industry. 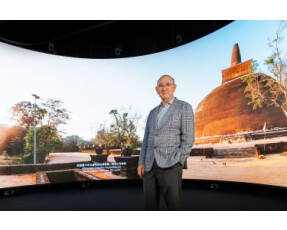 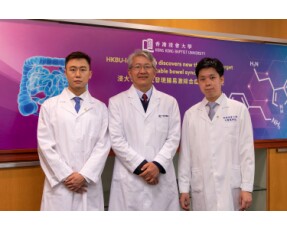