JAKARTA, INDONESIA - Media OutReach - 3 July 2022 - Skyworth's coocaa launched the latest Coolgo TV for the S3U on July 1st. coocaa has gained popularity in the Southeast Asian market in recent years by devoting itself to trendy tech products for young people there. Last year, coocaa mainly promoted S3U TV in Southeast Asia, which was sold out upon being launched and received rave reviews.


Riding the wave of the 707 mid-year Mega Sale, Coolgo TV will live up to expectations. Coolgo TV presents more bright-colored and vivid pictures with the Hummingbird image quality chip, a unique image enhancement technology of Skyworth. The simple and elegant full screen 4.0 provides wider viewing field. The screen brightness can also change with the circuit power, offering eye protection from the screen flickers, which is very user-friendly.

The greatest advantage of Coolgo TV is intelligent upgrade system. "BE FASTER, BE MASTER", that's coolita2.0. Its boot speed is 100-150% higher than similar products on the market. The fast response to key processes of the system smoothens user experience.

Apart from "Fast", coolita2.0 is also "Cool" and "Diversified". The new waterfall flow setting allows a well-arranged layout for wide varieties of film and television options. Turn on the TV to enjoy such an artistic and intuitive interface which consciously exclaims with admiration. Additionally, precise algorithm of "For You" recommend exclusive popular movies and TV series.

"Every coocaa TV goes through 1000+ rigorous tests before leaving the factory!" Ensuring the highest quality is the mission of coocaa. This year Mega Sale, if buying S3U, consumers can get a mysterious gift. Rest assured to bring coocaa smart TV home. Actions speaks louder than words! coolgo TV with coolita2.0 is worth having.

In terms of other promotions, coocaa Google TV is officially online at the Lazada coocaa flagship store, and coupons will be released at Mega Sale. It even launched a buy 1 get 3. During the sale, consumers can buy coocaa 75Y72 to get coocaa 43S3U and coocaa air fryer AF-DE1 as well. 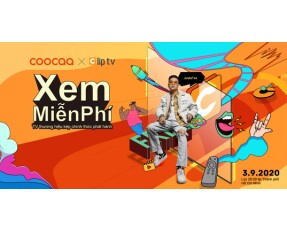