KUALA LUMPUR, MALAYSIA - Media OutReach - 14 October 2021 -There is hardly anyone left who is not familiar with the bitcoin bull market. A few but dramatic corrections made this historic run more exciting. Blockchain technology is here to stay. And the way legacy institutions and governments react will determine the future of finance. The global broker OctaFX prepared an expert article exploring whether peaceful co-existence might be an option. 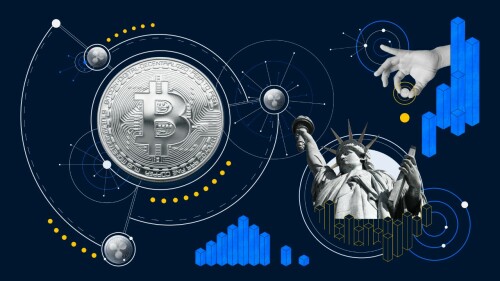 The U.S. and bitcoin: teasing as a sign of affection

Corporate America is slowly but surely approving bitcoin as a credible long-term investment and even payment method. Elon Musk's electric vehicle manufacturer Tesla temporarily granted selling its cars for bitcoin. Elon Musk is known for his advocacy for new technologies and his interest in blockchain. Popular online payment service PayPal started offering cryptocurrencies to get into this emerging market. Social media platform Twitter recently launched tipping in bitcoin for followers to support their influencers financially. It is worth keeping in mind that even Goldman Sachs, which until very recently underestimated bitcoin publicly and showed expert distaste for the opinion that cryptocurrency would be a powerful investment, changed its position.

The influential multinational investment bank, having close ties to the most powerful governments in the world, announced in March 2021 a 'full-spectrum' cryptocurrency investment offer, including bitcoin, for its private clients.

Although, the narrative from U.S. governmental institutions suggests a different approach.

U.S. Treasury Secretary Janet Yellen said she is eager to crush the influence of cryptocurrencies by pushing International Monetary Fund (IMF) capacities further. Many financial experts consider the IMF to be the future issuer of a new worldwide digital currency—centralised, of course.

Who are the new kids on the blockchain?

Decentralised finance (DeFi) and so-called 'smart contract' platforms on blockchain networks have many runner-ups: Ethereum is the most used network and the first of its kind. But lack of scalability and high transaction fees give Ethereum's competitors a chance to succeed. Polkadot, Cardano, Cosmos, Harmony and others have significant potential to solve these systemic weaknesses.

The DeFi marketing slogan for the crypto sphere is about 'helping the masses of unbanked people', for instance, in Africa, Asia, and South America. It gathers significant trust in these populations over classical banking institutions.

On 14 April 2021, Coinbase, the most prevalent cryptocurrency exchange, was directly listed on the Nasdaq exchange. This move indicates even more mixing of crypto and traditional finances and implies a rising future influx of retail investors into crypto assets.

A win-win for Forex

Regardless of the transition's nature into this advanced future financial order, Forex brokers need to adapt to this new vibrant parallel development—staying competitive and relevant in the long term. The ability to offer the most popular and influential cryptocurrencies means that a broker keeps significant doors open for new demographics. But this is also crucial to stay with legacy currencies. Their centralised successors, which the IMF, FED and others already plan to launch as digital counterparts to their crypto challengers, should not be disregarded.

The worldwide financial system is ripe for significant paradigm shifts, which will ignite even greater competition between centralised and decentralised systems and their services. But Forex brokers, like OctaFX, are already taking on the exciting task of offering the best of both worlds, building long-term trading relationships with their growing client base—with the best of conditions.

OctaFX is a global Forex broker that has provided online trading services worldwide since 2011. It offers a state-of-the-art trading experience to over 7 million trading accounts worldwide. The company is well-known for its social and charity activity, supporting infrastructure and humanitarian projects in many joint ventures. OctaFX has won more than 45 awards since its foundation, including the 2021 'Best Forex Broker Asia' award and the 2020' Most Transparent Broker' award from Global Banking & Finance Review and Forex Awards, respectively. 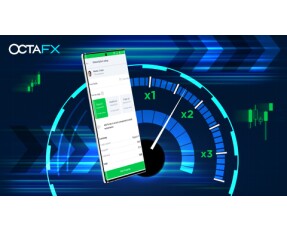 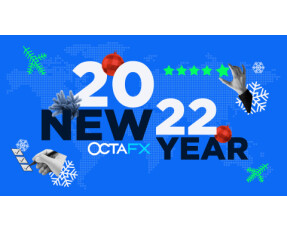