MANILA, PHILIPPINES - Media OutReach - 28 September 2022 - The British Council, the UK's international organisation for educational and cultural opportunities, has announced the winners of the 2022 IELTS Prize. This year, 27 talented students from across East Asia, including three from the Philippines, will receive a share of the GBP 72,000 prize fund, helping them pursue their dream of studying abroad. Now in its tenth year, the IELTS Prize has awarded more than 330 students to date, supporting outstanding talents in pursuing their education.


The British Council received over 1,600 applications, of which we interviewed over 70 exceptional individuals. They not only excel at their IELTS test but are also intentional and driven to make a change for the community and the society.

First Prize winner, Anna Madel Asuncion, says she is honoured to be a British Council IELTS Ambassador. Asuncion will pursue MA in Youth and Community Leadership at the University of Northampton with the help of the IELTS Prize. 'This opportunity will not only allow me to accomplish my own goals, but it is also a great platform to inspire other young people that they, too, can dream bigger dreams,' she shares.

Asuncion is a big advocate of improving access to quality education, pursuing a career with Edukasyon PH, one of the pioneering EdTech start-ups in the country. She hopes that through this opportunity, she can encourage other aspiring international students as they find growth beyond their comfort zones and embrace new cultures.

“The IELTS Prize recognises those high performing students that demonstrate the academic excellence and commitment to the communities they belong to. More importantly, the winners show the determination to take what they learnt during their time abroad and utilise their knowledge and specialties to benefit their home countries once they return.”

“Filipino students have always been go-getters and achievers. With education a priority for the British Council, we are pleased to provide this opportunity for ambitious and brilliant individuals so they can take another step towards their goals to benefit the world. We believe that promoting international studies is key to students’ success in the rapidly evolving multicultural world.”

Millions of students had to readjust their study plans due to the continued disruption of the pandemic. IELTS, the world’s popular high-stakes English proficiency test, has been a crucial part of students’ entry requirements, especially for East Asia which is one of the largest markets for students wishing to study in the United Kingdom, the US, Canada and Australia.

The British Council in East Asia also invites all students planning to study abroad and interested in taking IELTS tests to the IELTS Top Tips Sharing with the IELTS Prize winners which will be live streamed on British Council IELTS Facebook pages across East Asia on 13 October. The online event is open to anyone, and it will be great opportunity to learn from the IELTS Prize winners’ on how to ace IELTS test and how their lives have and will change as they embark on their new study journey.

About IELTS Prize
Since 2011, the British Council IELTS Prize (East Asia) has enabled more than 330 IELTS test takers to pursue their studies around the world, including the UK, USA, Canada, Australia, and more.

The IELTS Prize is awarded to high-calibre individuals with the motivation to develop their career, to pursue an undergraduate or postgraduate degree in any chosen discipline in a higher education institution that accepts IELTS as part of its admission requirements around the world. While the IELTS Prize is not aimed at students in any one particular discipline, the British Council is eager to support test takers who demonstrate the potential to contribute to society with what they have gained from their undergraduate or postgraduate study experience.

More information can be found at https://www.ieltsasia.org/ieltsprize. 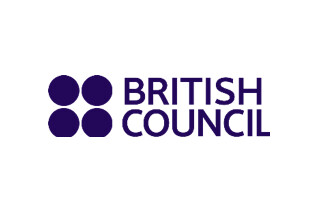 About the British Council
The British Council is the UK’s international organisation for cultural relations and educational opportunities. We build connections, understanding and trust between people in the UK and other countries through arts and culture, education and the English language. Last year we reached over 75 million people directly and 758 million people overall including online, broadcasts and publications. Founded in 1934 we are a UK charity governed by Royal Charter and a UK public body. We receive a 14.5 per cent core funding grant from the UK government.www.britishcouncil.org

About International English Language Testing System (IELTS)
IELTS is the International English Language Testing System, the world's most popular English language proficiency test for higher education and global migration, with millions of tests taken in the last year. More than 11,000 organizations trust and accept IELTS as a secure, valid and reliable indicator of true-to-life ability to communicate in English for education, immigration and professional accreditation. IELTS is jointly owned by the British Council, IDP: IELTS Australia and Cambridge Assessment English.

Test takers are measured in listening, reading, writing and speaking. All tests are scored on a banded system from 1 (the lowest) through to 9 (the highest band).
來源：