Themed art experiences expected to open in 2023 will showcase the fan-favorite franchises in ways never seen, heard, or felt before

Audiences around the globe will be awestruck as they are able to engage in an all-new way with their favorite Super Heroes and the beloved Wizarding World, through immersive themed art environments.  Both experiences will fuse cutting-edge media, sound, and technology together to create a truly sensorial visitor experience.

"We're excited to announce our partnership with Warner Bros. Themed Entertainment to deliver two unique experiences based on two of their most successful and globally acclaimed franchises, the DC Universe and the Wizarding World," said Mr Ron Tan, Executive Chairman & Group CEO of Cityneon. "This strategic relationship is a testament to our determination to scale greater heights in the arena of IP experiences. With Cityneon's strong track record of delivering large-scale and innovative experiences globally, I am confident that the DC and Wizarding World experiences will be truly unique and immersive experiences that fans of all ages will enjoy."

"We are thrilled to be partnering with Cityneon on these two new cutting-edge immersive themed art experiences," said Peter van Roden, SVP Warner Bros. Themed Entertainment. "Each of the new experiences will help us further continue to reach our DC and Wizarding World fans with fresh, innovative and immersive experiences where guests can interact with the franchises like never before."

Additional details will be announced at a later date. 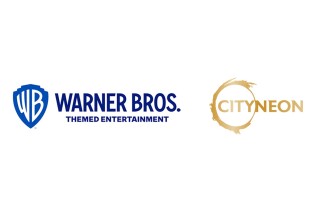 Cityneon is a global experience entertainment company that holds global partnerships with billion-dollar studios such as Disney and Marvel for Marvel Avengers S.T.A.T.I.O.N. and Marvel Avengers Station Evolution, Hasbro for Transformers: The Experience, Universal for Jurassic World: The Exhibition, Lionsgate for The Hunger Games: The Exhibition and 20th Century for Avatar: The Exhibition. The company also partners the governments of Peru and Egypt for their original artifact IP experiences, Machu Picchu and the Golden Empires of Peru and Ramses the Great and the Gold of the Pharaohs respectively. These partnerships have enabled the Group to bring compelling experiences that leave lasting memories to visitors in more than 50 cities to date globally.

With its global reach and international partnerships, Cityneon has the capability to serve its clients anywhere in the world. Cityneon was listed on the Mainboard of the Singapore Stock Exchange since 2005, and was privatized on February 2019 by West Knighton Limited, a company wholly owned by Cityneon's Executive Chairman and Group CEO, Ron Tan, together with Hong Kong veteran entrepreneur and investor, Johnson Ko Chun Shun. Johnson is a capital markets veteran and has held controlling interests and directorships in many listed companies. In May 2019, Cityneon welcomed CITIC Capital as a new shareholder, who holds approximately 9% shares in Cityneon. CITIC Capital is part of CITIC Group, one of China's largest conglomerates, and has over US$29B of assets under its management across 100 funds and investment products globally. Other institutional shareholders of the Group include EDBI – a Singapore government-linked global investor, and Pavilion Capital - a Singapore-based investment institution which focuses on private equity investments, that made strategic investments to the Group in August and October 2019 respectively. In April 2021, Cityneon welcomed new investors Seatown Holdings International, Qatar's Doha Venture Capital, which will now own approximately 4% of the Group, and other financial institutions and family offices in Singapore and China, joining the already strong stable of shareholders to support the Group's further expansion globally. For more information, please visit

Warner Bros. Themed Entertainment (WBTE), part of WarnerMedia Global Brands and Experiences, is a worldwide leader in the creation, development and licensing of location-based entertainment, live events, exhibits and theme park experiences based on WarnerMedia's iconic characters, stories, and brands. WBTE is home to the groundbreaking global locations of The Wizarding World of Harry Potter, Warner Bros. World Abu Dhabi, WB Movie World Australia, and countless other experiences inspired by DC, Looney Tunes, Scooby, Game of Thrones, Friends and more. With best-in-class partners, WBTE allows fans around the world to physically immerse themselves inside their favorite brands and franchises.

In the years since Harry Potter was whisked from King's Cross Station onto Platform nine and three quarters, his incredible adventures have left a unique and lasting mark on popular culture. Eight blockbuster Harry Potter films based on the original stories by J.K. Rowling have brought the magical stories to life and today, the Wizarding World is recognised as one of the world's best-loved brands.

The Wizarding World continues to evolve to provide Harry Potter fans with fresh and exciting ways to engage. For the worldwide fan community, and for generations to come, it welcomes everyone in to explore and discover the magic for themselves.

DC, a WarnerMedia Company, creates iconic characters, enduring stories, and immersive experiences that inspire and entertain audiences of every generation around the world and is one of the world's largest publishers of comics and graphic novels. As a creative division, DC is charged with strategically integrating its stories and characters across film, television, consumer products, home entertainment, interactive games, DC UNIVERSE INFINITE digital subscription service and community engagement portal. For more information visit 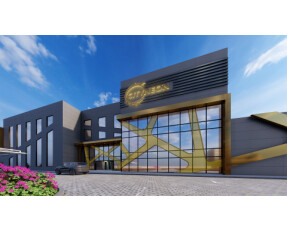 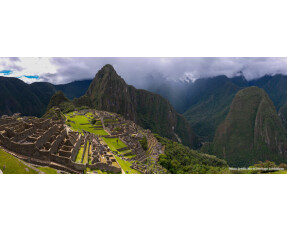