The comprehensive reviews of 171 wines from 27 producers include the first 95-pointer in the region, as well as strong representation in the sparkling wine and rosé categories

SINGAPORE - Media OutReach - 15 February 2022 - Everything in China moves quickly, and that includes its nascent modern wine industry. The inaugural China: Fine Wine 2020 report by the Robert Parker Wine Advocate team that reviewed over 100 wines was the first comprehensive resource of Chinese wines, which has led to increasing recognition overseas in the past year. The newly released China: Fine Wine 2021 report has expanded its scope to cover 27 producers of note making outstanding wine of exceptional complexity and character, from the coastal Shandong province to the soaring heights of Yunnan's valleys.

"Chinese wine consumers over the past years have increased their appetite for fine wines and for locally produced wines, which in turn have seen the quality of Chinese wines significantly improving with the development of passionate and innovative domains and winemakers," says Nicolas Achard, Chief Executive Officer of Robert Parker Wine Advocate. "In its 44-year history, Robert Parker Wine Advocate has built its reputation on providing unbiased, in-depth coverage of wines from all wine growing regions around the world, a position we are excited to continue with our trail-blazing coverage of wines from China for the discovery of a new generation of wine lovers around the world."

The China: Fine Wine 2021 report is helmed by China reviewer Edward Ragg, Master of Wine (MW), who has been actively tasting Chinese wines since moving to Beijing in 2007 with his wife, Fongyee Walker MW. In the course of preparing the China: Fine Wine 2021 report, he made regional visits and conducted interviews with winemakers/viticulturalists to widen the scope of reviews since the 2020 report.

Congratulations to winemaker Maxence Dulou and viticulturalist Remi Vincent and their teams on achieving the highest-rated wine in China. 2021 is the first time a score of 95 points has been awarded to a Chinese wine—for the 2018 Ao Yun, for which there are two reviews: one where the 2018 vintage was tasted in the high-altitude village of Adong and another tasted much closer to sea level, in Beijing, where the high quality of the 2018 Ao Yun was confirmed.

Ao Yun's yet-to-be-released Village Cru wines—also from the compelling 2018 vintage—show the particular importance of Shuori Village (with its beautiful series of terraced sites) not only for what it contributes to Ao Yun's grand vin in terms of that blend but also its capacity to make fine wine solely from its own vineyards. Ao Yun's 2018 Shuori Village Cru is entirely deserving of its 94-point rating.

As local and international audiences are still getting to know China's wine-growing terroir, Edward Ragg's vintage reports are helping consumers to decide which wines to purchase. He notes that 2019 is an especially strong vintage in Ningxia's Helan Mountain area (Helan Shan), as shown by some of this last year's wines that achieved 94-point ratings, including Kanaan Winery's 2019 Crazy Fang Cabernet Sauvignon and Chateau Mihope's 2019 10th Anniversary Release, along with many other deserving 2019 wines from this area.

China's best wines are not necessarily or solely emerging from highly resourced operations such as Ao Yun. Small-batch winemaker Ian Dai, for example, has made one of China's most exciting modern reds in the form of his 2019 XiaoPu Naked Syrah Marselan (92 points). Dai is accompanied by Ma Jie (of the Petit Mont label) in trying to discover China's best terroirs, making similarly small-batch wines using other wineries' facilities. China really needs a younger generation of progressive winemakers, and the emergence of Dai, Jie and others is encouraging.

As the search for China's signature grape continues, its winemakers are showing greater understanding of its grape varieties rather than simply making more Cabernet Sauvignon-based blends. Cabernet Franc is especially strong now at Longting Winery (in Shandong's Penglai) as well as from Ruwen and Yuandian (both in Ningxia's Helan Shan). Merlot has a bright future: notable Merlots come not just from Chapter & Verse (in Hebei's Huailai) but also now from Jade Vineyard (Ningxia). Malbec looks promising in Ningxia, given the progress that Xige and others have made with the variety.

China is also showing greater adventurousness—at least in the hands of a small number of progressive producers—in terms of wine styles and experimentation. While this was a feature of 2020, the scope appears to have widened since then. Highlights include Grace Vineyard's 2012 Angelina Brut Reserve Blanc de Blanc (the country's best traditional method sparkling), Yuandian's skin-contact Amphora Riesling and Swiss winemaker Yves Roduit's Canticle to the Land (Yunnan): this latter matured in traditional Yunnanese clay pots. Even the tiny pink wine category has seen a worthy addition in the shape of Longting's 2019 Art Series Summer Rosé (92 points) that is made with Cabernet Franc and has picked up some awards at international competitions.

The full, detailed report and tasting notes of 171 of the best wines in China is available on www.robertparker.com. A complimentary one-month trial subscription is available to all new visitors.

An experienced writer, Edward Ragg has published widely in international wine magazines and literary journals and has authored three collections of poetry. He has been tasting and evaluating Chinese wine for over a decade and also has an interest in Australian fine wine. In 2007, Edward moved to Beijing, where he co-founded Dragon Phoenix Wine Consulting with his wife and partner Fongyee Walker MW. Dragon Phoenix is a leading, independent wine education service and was awarded the Riedel Trophy for WSET Educator of the Year in 2016. He completed his WSET Diploma in 2012 and began MW studies in 2015, achieving the title of Master of Wine in 2019. Edward won the Robert Mondavi Award for the best performance in the MW Theory papers and the Quinta do Noval Award for the best MW research paper (2019 examination). Edward also has judging experience, having served as guest international judge for the McLaren Vale Wine Show (2012) and Perth Royal Wine Show (2019), as well as judging regularly in China.

Robert Parker Wine Advocate is the world's premier independent wine buyer's website with a database of more than 450,000 tasting notes, scores and reviews from professional critics around-the-world. For over 40 years, Robert Parker Wine Advocate (a part of the MICHELIN Group of companies) has been the global leader and independent consumer's guide to fine wine with its 100-point rating system and in-depth coverage of major wine regions. 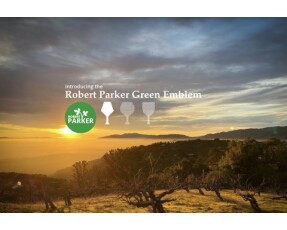 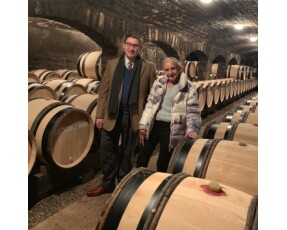