SINGAPORE - Media OutReach - 20 April 2022 - Discovery Southeast Asia, together with Greenpeace Southeast Asia, launch a #SayNo2Plastics challenge for Earth Day on April 22, 2022. The campaign will shed light on the plastic crisis and invite the wider public to be part of the solution by choosing sustainable alternatives to single-use plastic.


For Earth Day, Discovery and Greenpeace are bringing in environmental advocates from across Asia— Singapore, Malaysia, Philippines, Indonesia, Thailand, and Vietnam to ring in the urgency to act and save the planet. Discovery Channel will also have dedicated TV shows that will echo themes from climate to plastics.

"Single-use plastics pose a major threat to our environment, people and the climate. While used for very short periods, single-use plastic remains in our environment for a long time, polluting ecosystems, harming wildlife and contaminating our food system", said Marian Ledesma, Zero-Waste Campaigner for Greenpeace Southeast Asia-Philippines. "But the problem is bigger than waste because every stage of plastic's lifecycle - from extraction and production all the way to waste disposal - produces carbon emissions, exacerbates social inequalities, and exposes people to toxic pollutants and harmful chemicals. Urgent action on the plastic crisis is necessary to protect the Earth and all living creatures calling it home. Governments and businesses must take measures to drastically reduce plastic production and accelerate the shift to refill and reuse models."

21-day #SayNo2Plastics challenge to fans and the public

For the 21-day #SayNo2Plastics challenge, Discovery and Greenpeace invite the audience to do one, or all, of the following:

Everyone who participates will be eligible to receive Discovery branded reusable items, such as:

For the #SayNo2Plastics message around Southeast Asia, Discovery will partner with eco-warriors and sustainability ambassadors from Singapore, Malaysia, the Philippines, Thailand, Indonesia, and Vietnam with local leaders in cross-sections of environmental advocacy to raise awareness about the plastic crisis in this region.

The eco-warriors will share their story on how they are living sustainably and encourage Discovery viewers to join them on social media in the fight against plastics.

In celebration of Earth Day 2022 (April 22), Discovery and Animal Planet will be premiering exclusive programs about the growing concerns of overpopulation, loss of biodiversity, and depleting the environment. Discovery will be airing the following:

Expedition Deep Ocean: Explorer Victor Vescovo and his team embark on an unprecedented global mission to dive to the deepest points of all five oceans, a feat no one has ever achieved. 20-24 April Wed-Sun 7:10pm (SEA/PH) 6:10pm (BKK/JKT)

Chasing Ocean Giants: From Oscar-winning director James Reed, adventurer Patrick Dykstra goes to the ends of the earth in pursuit of close encounters with the largest and most elusive ocean giants on the planet. 20-24 April Wed-Sun 8:15 pm (SEA/PH) 7:15 pm (BKK/JKT)

First To The Top Of The World: It starts like a bad joke -- an insurance salesman and a doctor walk into a bar -- but this epic, true story ends with the most unlikely team of explorers re-writing the history books by becoming the first people actually to reach the North Pole. 19 April Tuesday, 7:10pm (SEA/PH) 6:10pm (BKK/JKT)

Animal Planet will be airing the following shows: 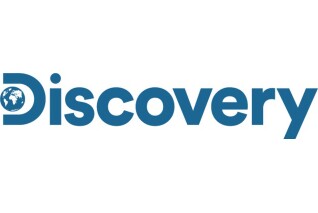 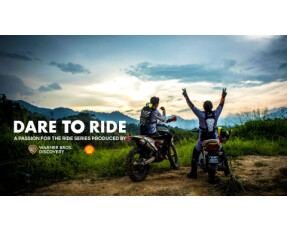 Warner Bros. Discovery partners with Shell in ‘Dare to Ride’