From customer success stories to new regional leadership team, the machine learning firm taps on sea of opportunity in the fastest-growing region

AAX, the first exchange to use the Satoshi Standard (SATS) to drive the adoption of Bitcoin as well as the first to be powered by LSEG Technology, partnered with Moloco to better target high quality users who would not only download their app, but also sign-up and deposit. Together with Moloco, AAX created dynamic pricing ads, starting initially with 4 markets before expanding the campaign to encompass 40 markets covering Asia, Europe, South America, Africa and the Middle East. Overall, the campaign exceeded CPA targets by 75% on Android and 25% on iOS.

Yu-Sien Low first joined Moloco in May 2021 as Director, Head of Account Management for Greater China and South East Asia. She previously worked in Google Singapore in the account management team and drove operational excellence. Prior to Moloco she was Head of Mid-Market, SEA in Criteo Singapore where she joined as a founding member.

"I'm honored to spearhead Moloco's expansion in three of our most dynamic markets - South East Asia, Australia and New Zealand. We live in an era where 'walled gardens' like Facebook or Google threaten to block access to data and, by consequence, growth opportunities. Through Moloco's deep learning and machine learning technology, I look forward to leveling the playing field and supporting companies of all shapes and sizes in unlocking their potential," said Yu-Sien Low, Head of DSP Business, SEA & ANZ.

Junho Lee will head up Moloco's RMP Business in SEA and ANZ to enable eCommerce players to drive Retail Media transformation with the right level of technologies. Before joining Moloco, Lee worked for Amazon Web Services for 6 years where he contributed in building new business practices over partner ecosystems and scalable cloud sales practices. He also held roles at leading IT companies including Samsung Electronics, Vodafone, and SK Telecom

Junho Lee, Head of RMP Business, SEA & ANZ said, "It's a critical time for eCommerce marketplaces in South East Asia, Australia and New Zealand. As they look for solutions to propel their next stage of growth, Retail Media presents a market value of USD$100 billion in 2022 with rapid growth expected over the next 5 years. I'm excited to bring Moloco's Machine Learning-based solution to market to transform eCommerce marketplaces and drive higher ROAS for merchants with relevant and personalized sponsored product recommendations based on real-time shopper behavior." 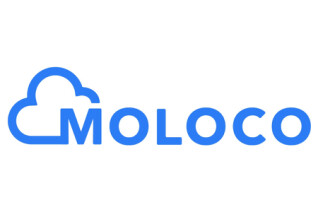 About Moloco
Moloco's goal is to make the digital economy more equitable and profitable by delivering advanced machine learning to companies of all sizes. With Moloco's machine learning platform for growth and performance, every app publisher and online retailer can now unlock the value of their unique, first-party data. Moloco Cloud DSP enables performance marketers to scale user acquisition quickly and achieve greater lifetime value through battle-tested prediction models. Moloco Retail Media Platform enables online retailers and marketplaces to establish their own performance ad business. Moloco was founded in 2013 by a team of former Google machine learning engineers. Headquartered in Redwood City, Calif., Moloco has nine offices across the US, UK, Korea, China, Japan, and Singapore. For more information, visit

About AAX
AAX is a top-tier digital assets exchange that caters to a global audience, with a vision of bringing the benefits of digital assets to everyone. Through an accessible range of products and by contributing to the conversation about digital assets and culture, we aim to empower the estimated 96% of people worldwide who do not yet own Bitcoin and other digital assets to build better and more inclusive economies.

Favored by more than three million users in over 160 countries, AAX is the first exchange to use the Satoshi Standard (SATS) to drive the adoption of Bitcoin. We are also the first to be powered by a world-class matching engine, offering high-yield savings packages, 200+ spot pairs, deeply liquid futures markets, regular discounts on major tokens, and a range of on-and off-ramp products.

About Bigo Live
Bigo Live is one of the world's fastest-growing social live streaming platforms where users broadcast in real-time to share life moments, showcase their talents, and interact with people from around the world. Bigo Live has more than 400 million users in over 150 countries that represent 22 different languages. Launched in March 2016, Bigo Live is owned by BIGO Technology, an RTC (Real Time Communications) based products and services technology company based in Singapore.

For more information on Bigo Live please visit Bigo.tv or download Bigo Live on the App Store or Google Play. 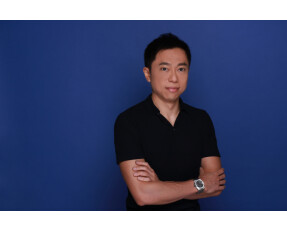