SINGAPORE - Media OutReach - 30 November 2022 - Art Tokyo Global ("ATG"), a Singapore company, announced the successful completion of the Global Premiere of its "SHIP" film on 28 November 2022 at the National Gallery Singapore. The SHIP film is the world's first immersive NFT art film. Incorporating user-interactivity techniques, the film sets new milestones for the film industry, enabling viewers to interact with the film in cinemas or from the comfort of their own homes.


Featuring 221 NFT artworks across 14 scenes, SHIP showcases the work of over 80 emerging and established Asian artists. The film features novel cinematographic techniques, such as advanced volumetric photography，to construct virtual spaces from images taken by 2D cameras. During the film production, the film's director, Mr. Naohiko KISHI, used up to 400 cameras to film each scene to deliver an immersive experience as a vehicle for rich visual storytelling. Viewers were treated to a multi-sensory display of cutting-edge NFT art, spectacular soundtracking, moving stories of humanity, and had an opportunity to purchase the artworks that feature in the film right from their seats.

The Global Premiere Event was well attended by an audience made up of famous investment personalities and art collectors from more than 15 countries. The Mexican Ambassador to Singapore, Mr. Agustin Garcia-Lopez Loaeza, graced the event and gave a thumbs up to the film which blends the genres of art, graphics, performance, music and technology into a coherent experience for the very first time. Professor FU Qiang, Academic Director, Department of Strategy and Policy of the National University of Singapore, who also heads the EMBA Program, calls it his "first close-up encounter with entertainment" that blew his mind! 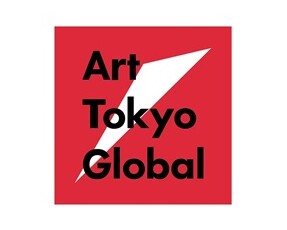