MIAMI, US - News Direct - 22 September 2022 - Inery , a Decentralized Data System, has announced a partnership and an investment coming from Truth Ventures, uniting two companies on their path to streamline decentralized database adoption.

Inery takes a different approach to decentralizing data and data management for both Web2 and Web3 companies, while streamlining the shift to the decentralized web. Its security, scalability features, and high throughput capabilities provide support to use cases across different industries. These include the healthcare sector, enterprises and governments, gaming, real estate, aviation, and any other business anywhere where data is an asset.

“Inery’s real-world utility is what got us on the same page with Truth Ventures in the first place,” stated Inery Co-founder and CEO, Dr. Naveen Singh. “Truth Ventures firmly believes that Inery has the potential to revolutionize the way data is handled, both online and offline. This partnership will be an important factor in helping Inery reach its full potential and will help the push for mass adoption of decentralized databases in the conventional and Web3 spaces.”

Inery’s layer 1 blockchain, and an elegant DB solution on top of it have attracted the attention of the blockchain industry from its inception, showing interest in database decentralization and security. The project rolled out its first public testnet on August 10, 2022, preceding its upcoming launch, and is also scheduled for listing at the end of the third quarter of 2022.

“Truth Ventures saw and agreed with the vision and real-world utility of Inery and believes that it has great potential for mass adoption. The mutual goal of this partnership is aimed at making decentralized database management a standard instead of an outlier,” as per Mr. Varun Datta Founder & CEO of Truth Ventures.

Truth Ventures had previously invested in and partnered with Bet Neo–a pioneering gaming hub, Gordium Healthcare, Moneto Sports, and many other new companies.

About Inery
Inery is a proprietary layer-1 blockchain and decentralized data management solution. The network enables a decentralized, secure, and trusted foundation for database management by leveraging blockchain technology. It integrates blockchain functionalities and distributed database properties to create a paradigm shift in data access, storage, and management.

About Truth Ventures
Truth Ventures is an international investment fund dedicated to bringing market-defining innovations and ideas into light by financing and mentoring them. The international venture capital firm finances companies at their seed stage, developing stage, or startups exhibiting potential for growth in the Entertainment, Blockchain Technology, Healthcare, and holistic wellness sectors. 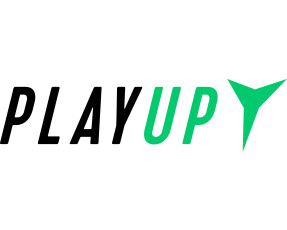