Artemis DNA applauds VinFast's efforts to become an all-electric car manufacturer, anticipated by the end of 2022. Artemis DNA looks forward to working with VinFast and other Vingroup companies in pursuing mutual goals of fostering a greener, cleaner, healthier and sustainable future for the planet.

Immediately after VinFast's debut at CES 2022 of its electric vehicles, Artemis DNA decided to reserve 100 of VinFast EV's, which includes VF 6, VF 7, VF 8 and VF 9 at the price points that VinFast announced (for VF 8 and VF 9).

With the plans to convert its entire fleet to EV's, the purchase of the EV's represents a continued effort by Artemis DNA to reduce the carbon footprint of its operations. Artemis DNA has been aggressively pursuing a commitment to a robust environmental, social and governance (ESG) initiative which includes a number of climate-oriented goals. In a recent letter from Artemis DNA Founder and CEO, Emylee Thai, she stated that the company is dedicated to becoming a leader in environmental stewardship within the diagnostics and healthcare industry.

It is anticipated that Artemis DNA will take delivery of the VinFast EV's starting in the fourth quarter of this year in support of both of the companies' massive global expansion plans. With the reservation placed, Artemis DNA will be VinFast's first corporate customer in the U.S.

"It is with the help of innovative companies like VinFast that we are able to continue our work transforming healthcare around the world while still being a good corporate citizen.  Artemis DNA is committed to maintaining our status as an exemplary leader in the diagnostics and healthcare industry." said Ms. Emylee Thai, Founder and CEO of Artemis DNA.

The VinFast model VF 6 and model VF 7 were mentioned as one of the top 10 most beautiful EV models at the exhibition, according to an article in Forbes magazine. In addition, the model VF 8 and model VF 9 were described as the "Top Electric Models Worth Waiting For" at the Los Angeles Auto Show in November 2021, as reported by Automotive News.

VinFast - a member of Vingroup – envisioned to drive the movement of global smart electric vehicle revolution. Established in 2017, VinFast owns a state-of-the-art automotive manufacturing complex with globally leading scalability that boasts up to 90% automation in Hai Phong, Vietnam.

Strongly committed to the mission for a sustainable future for everyone, VinFast constantly innovates to bring high-quality products, advanced smart services, seamless customer experiences, and pricing strategy for all to inspire global customers to jointly create a future of smart mobility and a sustainable planet. Learn more at:

Established in 1993, Vingroup is one of the leading private conglomerates in the region, with a total capitalization of $35 billion USD from three publicly traded companies (as of November 4, 2021). Vingroup currently focuses on three main areas: Technology and Industry, Services and Social Enterprise. Find out more at: 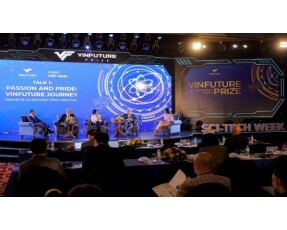 The mission of VinFuture has touched human hearts 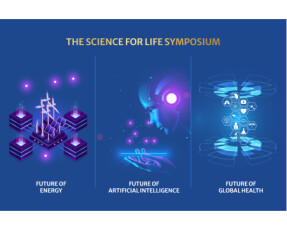